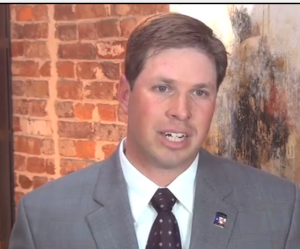 Bee County in the coastal bend of Texas near the Gulf of Mexico was not spared the crippling drought which struck the state with the worst dry spell in almost a century in 2011 and continued for several years.

Matt Huie works on 5,000 acres of row crops plus a cow-calf operation there, and the headquarters of his operation is near Beeville, Texas. He has been farming the last 15 years since graduating from college.

For him, crop insurance has been invaluable. Huie calls it “the most vital risk management tool” in his quiver. “We always buy it, and have since we started,” said Huie.

“It’s required to secure loans in our area. Because of the severe drought in Texas, we have used it two of the last three years. Without it we would be out of business, along with two-thirds of the farmers in our area,” he said.

Huie explained that crop insurance enables farmers to survive disasters like searing drought or devastating floods so they can farm again the following year. The farmers pay premiums into the program so they can recoup some of their losses, which is a better alternative than ad hoc disaster aid that would have to pass through a Congress that is often stalemated by partisan debate.

Huie said crop insurance is “even more important to young farmers like us who are more leveraged” in providing collateral to keep their operations running.

He also disputed claims by some critics that farmers care more about collecting an insurance check than raising a crop. “If you have ever had an insurance claim on anything, be it a homeowners claim or an automobile, you know that it helps shield you from a catastrophic loss. But in reality, it’s (just) making the best of a bad situation,” he said.

Like other insurance policies, there is a deductible involved which is “usually 30 percent in our area,” he added.

Huie said he hopes people will understand the importance of the work farmers do, even in a society where most take for granted that safe, affordable food is readily available in their supermarkets.

“In a global market where competing nations recognize the strategic importance of maintaining a domestic agriculture industry, subsidies will continue to exist because there is no greater threat to a government than to have people that are hungry,” he said.

When farmers like Huie file a crop insurance claim, they only do so after suffering a loss.

“A common misconception people have is that crop insurance guarantees a profit. Wrong!” he declared.

“There are a few groups out there that would like to paint a different view of farmers, fat cats that live on handouts. There may be some of those out there, but I don’t know them,” Huie stated.

“The farmers I know study the most efficient, economical way to grow a crop,” Huie added. “They rush to fertilize and plant with faith that Mother Nature will bring rain and crops will grow to sell at harvest. They agonize over the weather, insects, decisions, and generally sleep very poorly during the growing season. Those are not the traits of a fat cat.”