Patrick Solon’s 1,500 acre farm in north central Illinois will celebrate its 165th year in the Solon family on May 23, 2013. The farm, located about 85 miles southwest of Chicago, has been a source of livelihood for six generations of the Solon family, growing corn and soybeans on some of the best, blackest soil in the country.

Solon, who has been farming for 25 years, works alongside his brothers and nephew in the family business, and has seen many good years and a couple of not-so-good ones. That’s why Solon always buys crop insurance. “I started buying crop insurance about 11 years ago,” he said. “The input prices for farming are so high that you need some way of protecting your investment when you put a crop in the field,” he said. 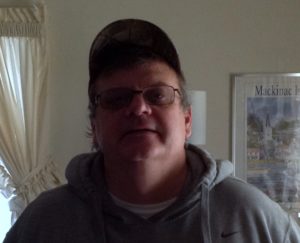 But you can’t talk about natural disasters in Illinois without mentioning the drought of 2012. Solon said that the year started off fine, and by the first week in May, his crops looked great. “Memorial Day weekend, we had a nice weekend with a shower,” he said. “But then, the spigot just shut off.”

Over the course of the next few months, the temperatures were consistently above 100 degrees and the rain was very, very scarce. As Solon scanned at his fields and those of his neighbors, he became more and more pessimistic that he’d be pulling any corn or soybeans at all out of his fields.

But sometimes, it might be a ‘best practice’ to manage your expectations, because as Solon entered his fields in the fall on his combine, “I found a lot more than I expected,” he said. Solon says that thanks to the deep planting of his seeds, his no-till planting of his soybeans — which helps conserve water — a few scattered showers late in the summer and his farm’s rich, black soil that held water in the worst of times, he ended up with “a pretty good crop, given the drought we went through.

“I really lucked out this year,” he said. “Where this farm is, the soil it sits on and the luck of the draw in getting a few rain showers here and there made all the difference in the world.”

Unbeknownst to Solon, his little corner of Illinois was practically an oasis. Professional agriculture surveyors who had travelled through southern Indiana, and southern Illinois and then made their way to his part of the state, told him that “you’re in the garden spot of the state,” pointing out that nearly every other county in the state was in incredibly bad shape. “Almost all of the rest of the farms in the state are done,” they said, in terms of their potential to be able to pull anything out of the fields.

“It made me feel good that this farm, with all its history of drought, had done very well in this one,” said Solon.

Solon, whose crop insurance premiums exceed $20,000 annually, says he collects an indemnity only about once every eight years. And while he didn’t have a claim this year, he worries that cuts being discussed in Congress will make crop insurance less affordable to the very farmers who need it to make it through years just like this one.

“If farmers don’t get help from the government underwriting the cost of crop insurance, then crop costs and food costs are going to go up,” he said. Solon noted that on his farm, it takes an investment of about $850 per acre to put in a corn crop, counting the costs of all inputs. “That’s a big investment, and farmers can’t afford to lose it all without some back-up plan,” he said.

Solon said that it defies good business sense that some farmers — about 14 percent of planted farmland in the U.S. is not covered by crop insurance — don’t buy crop insurance. He says that while they might have deep pockets, it just doesn’t make sense to take such a big risk unnecessarily, when risk in farming is always right around the corner. “Who would build a million-dollar house and pay cash for it, and not take out insurance on it?” he asked.

“I sleep a heck of a lot better at night because I know I have crop insurance coverage,” he said. “I might not make anything, but the fact that I have enough insurance to pay off my operating loan means that I have another year to farm.”