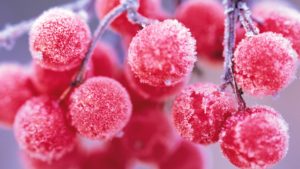 Steve Murray is a fifth generation farmer in California’s Central Valley, located in Arvin, just east of Bakersfield. Murray explained that this portion of the United States is the most productive fruit and vegetable farmland in the world, as well as one of the earliest farming districts. These factors help his business, Murray Family Farms, thrive, selling over 200 varieties of fruit.

“Half of that fruit is cherries,” Murray explained. “So cherries are a commercial crop for us that we grow for wholesale business and then all of the other crops we grow for direct market. We have two roadside stands and we go to 25 different farmers markets.”

Due to the large amounts of cherries his operation produces, Murray expressed he is comforted by the fact his business is protected with the number one farm safety net, crop insurance. Having had personal experience with unexpected disasters affecting his farm, he said he understands the benefits of crop insurance first-hand.

“The crop insurance we have on our cherries has really been critical for our survival and our ability to operate,” Murray stated. “We started growing cherries back in 1989 and in 2006 we had a statewide freeze. I went to a cherry meeting up in Stockton and it was a 4 ½ hour drive. The thermometer was at 19 degrees the whole way. Normally in February, you think the buds would close and be protected. But the 19 degrees froze the flowers and the buds and there was a statewide disaster. We had a block of cherries that historically has produced about $1.5 million and that year it dropped down to $90,000.”

At that given time crop insurance for cherries was not offered in the area where Murray Family Farms is located. Murray said he lost a bank in the process, received a loan from another bank and relied on help from the FSA to barely stay afloat.

Murray expressed that a second freeze without crop insurance would ultimately put him and his farms out of business.

“With crop insurance it’s a decision that you have to make, that anybody in business, they know that most good businesses make maybe a 10 percent net margin off of their gross and, for us and our cherry crop insurance it costs us about eight percent of our gross,” Murray added. “But it is the thing that allows us to survive.”

Putting the importance of crop insurance in perspective, Murray explained that food is an important commodity to the United States and that one farm affects more than just one business owner.

“Farmers are one of the few producers,” Murray said. “Food is one of the only exports this country has where we export more than we import. And if you take a look at this valley we’re in, half of all of the fruits and vegetables grown in the United States are grown in this valley. In our operation, when we had the disaster, we diversified after that. And part of that diversification was going into direct market with the roadside stands and the fruit stands. If we were just growing mono crops, we would have maybe six employees working on the farm, but because of our diversification we have 80 employees today. So there’s 80 families that are getting the subsistence.”

According to Murray, half of all the jobs in his county are “interrelated in agriculture.” This translates into 175,000 jobs in one county alone. Murray stated that these positions are directly affected by natural disasters and economic hardships, such as the current California drought which is why crop insurance is of great importance to the agricultural industry.

“We’re coming off probably the worst production year we’ve had,” Murray concluded. “We had a 90 percent crop loss this year. It is my crop insurance this year that is going to allow me to survive. Without it, I’d just be done. The diversity of the farming operation we have would be converted to almonds and there would be six employees instead of 80.”