Ledge Haven Farm might be one of those Vermont farms that would be most likely to end up on a postcard. The place is just about everything you would think of when you put the words Vermont and agriculture together. The 550-acre farm, owned by brothers Tom and Mike Audet, is a family-run dairy and maple sugaring operation located near the idyllic shores of Lake Champlain, just down the road from historic Mount Independence in Orwell, Vermont.

The Audet brothers have been in business together since 1972, having been raised on a farm just down the road that is still operated by yet another Audet brother. 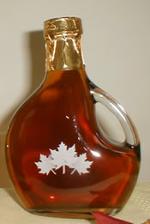 “We have been making pure Vermont Maple Syrup for over 40 years right here on our farm,” says Tom Audet. “It is an Audet family tradition with three generations of our family pitching in to make the final product,” he says.

The brothers manage their risk using one of the gold medal standard rules of modern agriculture: Diversify. The brothers milk 270 dairy cows, attend to another 280 young stock and breeding stock, manage 450 acres of corn, hay and alfalfa, as well as tapping hundreds of maple trees on the 50 wooded acres of the property. “Diversifying is our first line of defense in managing risk, and crop insurance is the second,” said Audet.

Audet explains that in addition to raising a diversity of products, they also rotate their crops, hoping to further hedge their risk. “But we wouldn’t think of planting this many acres of corn without mitigating our risk with crop insurance,” he adds.

2011 would turn out to be one of those years when Audet would thank his lucky stars for writing that crop insurance premium check and purchasing the small peace of mind that comes with coverage.

The spring of 2011 was very wet, and very cold, and the brothers had a lot of prevented planting as a result. Despite the setback from the wet spring, the brothers reseeded some of their lost acres and kept their fingers crossed for a nice settled weather pattern over the course of the summer and a bountiful fall harvest. And then came Irene.

Tropical Storm Irene, which came ashore in North Carolina as a major hurricane and had devastated the state’s tobacco industry, continued moving north, and slammed into the hilly New England farmland with high winds and prodigious amounts of rain. “Irene hit us in late August and drenched us with 7 inches of water in two days,” he said. “You throw all of that water on these clay soils late in the season, and they just don’t dry out.”

Irene so thoroughly saturated Ledge Haven Farm that it made it impossible to get the corn out of the fields. In fact, the fields were so saturated that even professional harvesters were rebuffed on two separate occasions. “We’ve never in our lives seen a corn harvester that couldn’t make it out of the fields, but this time, they didn’t fail to get the harvest out once, but twice,” he said. “That’s how wet Irene left us.”

In addition to not being able to get the vast majority of their corn out of the fields, the yields on the corn that they were able to harvest were poor. “Our yields were the worst they’ve ever been,” noted Audet. “That’s the beauty of crop insurance, it not only protects you from risks you have no control over, but the record keeping of the agent and the system helps you keep track of what you did this year and what you’ve done in the past,” said Audet.

After the multiple attempts to harvest the corn had failed, accompanied by the realization that the hay quality was sub-par and overall yields were well below where they should have been, the brothers contacted their crop insurance agent. “We were reassured that we were covered from what Irene had thrown against our farm and the adjusters would come out soon,” he said. 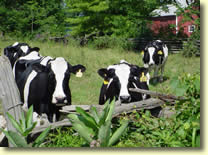 Audet noted that the year had been so plagued with issues for the brothers that they had already established a good working relationship with their crop insurance agent prior to Irene making her dreaded appearance. “I got to know him quite well because we had several phone calls that year, starting with the calls in the spring and ending with Irene.”

The crop insurance adjuster came out to the farm, tallied the losses and told the Audets that their indemnity check to help defray the losses they had experienced would be on its way quickly. “I was quite surprised by how quickly we had an indemnity in hand,” said Audet. “Our losses were quite substantial and the check was here in about three weeks,” he explained. “Pretty timely, particularly since I knew they were dealing with a lot of folks like us with major losses.”

While crop insurance doesn’t fully compensate farmers for what they would have realized with a full harvest, it does help them put together the pieces and get back on their feet. “Yes, it’s 2012 and off we go again,” says Audet, who is a bit concerned about the weather patterns and progress thus far this year but remaining optimistic about the possibilities.

“It’s sure nice to know that we have crop insurance, and that it’s affordable —because of the subsidy — so that small farmers like me can get the coverage we need and survive to plant and harvest yet another day.”