The arrival of heavy rains from Hurricane Isaac made some farmers happy and others worried to death, depending on where they were located and what they were growing.

In Louisiana and Mississippi, most of the cotton crop was two to four weeks from harvest when Isaac made landfall. That was the same situation as 2008 when Hurricane Gustav ruined that crop. Louisiana corn harvest had been delayed as well, leaving much of that crop in the field and farmers scrambling when the winds and torrential rains came.

Kyle McCann with the Louisiana Farm Bureau said that some of the state’s soybeans were damaged by the heavy wind and rain but were still salvageable. “We hope to see the damage in some of the later soybean varieties dissipate overtime as they recover.” The cotton crop suffered some losses as well, particularly the varieties that had opened early and were ready to pick. “Unfortunately, the heavy winds did some of the picking for us and it’s scattered across the ground,” he said. “But luckily, I haven’t heard of any dramatic losses to far.” 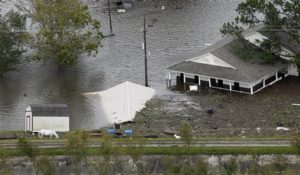 As Tropical Storm Isaac reached the parched earth of the Midwest and the cracked soils finally dampened, farmers growing soybeans breathed a sigh of relief while corn farmers lamented the fact that it had arrived too late to help many of them. Despite helpful rains over the eastern portion of the Corn Belt – which saw exceptional improvements for three hard-hit states:

– In Missouri, the area experiencing “severe” or “exceptional” drought was reduced from 97 percent to 32 percent.

– In Illinois, the reduction in these two categories dropped from roughly 70 percent to just under 7 percent.

– In Indiana, “severe” drought or worse is completely gone from the state for the first time since June 12.

Unfortunately, despite those localized gains, the overall drought numbers remained virtually unchanged from the previous week with 63 percent of the lower 48 states experiencing moderate to exceptional drought.

The September 4 crop progress reports bears that out. The portion of corn that is in poor or very poor condition remained at 52 percent, unchanged from the previous week. Soybean conditions remained roughly the same as well, with 58 percent of the crop in fair or good shape. Also, unfortunately for the livestock industry, nearly 60 percent of the country’s pastures remained in poor or very poor condition as well.

Without crop insurance in place, this unfolding natural calamity would surely have spurred a new ad hoc disaster bill in Congress. Thankfully, most farmers have crop insurance. They’ve invested more than $4 billion to purchase 1.2 million policies, thus far this year. For those who have suffered losses already, more than $1.3 billion in indemnity payments have been made.

The Risk Management Agency has provided a 2012 Drought “Frequently Asked Questions” factsheet for farmers or anyone else who has questions about crop insurance policies or how they should proceed if crops are damaged. Additionally, a statement was sent to the national media by National Crop Insurance Services detailing the steps farmers should take if crop damage is detected.